I Invite You to Take the Pledge and Win

The City of Unley has a program I invite you to participate in. It is called “take the pledge and win”.

The take the pledge and win campaign is a strategy we have undertaken to reduce the amount of organic and recyclable waste going into landfill. By entering you can win both ways….we can both win.

I had the pleasure yesterday to tour many recycling facilities courtesy of a joint venture between Council and KESAB. An Unley Community bus with about 15 ratepayers aboard toured the following establishments: 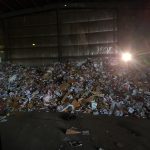 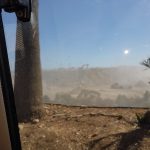 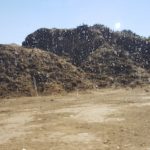 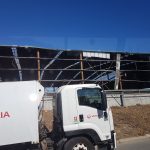 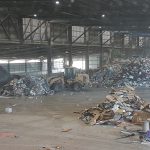 For me the tour was truly informative and appreciated. The ratepayers who took the tour were also appreciative. They asked many reasoned questions at each establishment, and of our KESAB host Wendy Sutton while in transit. Seeing the facilities in action gave us all an appreciation of the efforts being made by our waste industry to avoid the costly disposal into landfill.

Waste disposal is truly a science now. Consequently the industry has come a long way at reducing the impact of waste on our environment. Councils, including Unley, have been conscious of taking advantage of this. As a result contracts let for waste disposal have to meet exacting environmental targets.

You can participate too. Indeed we ask you to participate so that you and I can both win. So our future generations can win.

This is where our “take the Pledge” program comes in. To ensure we all do win we are, in partnership with Mitre 10 Barrow & Bench, we are offering a way you can win twice. Once you make the pledge you will go into a draw to win one of 10 $25.00 gift cards.

For details visit: https://www.unley.sa.gov.au/waste-recycling/reducing-waste#hash-slide-take-the-pledge-233 and make your pledge today.

Waste Contract up for Renewal

Councils waste removal contract is up for renewal and the Management’s recommendation will be put before Council at our upcoming meeting.

Tenders were called earlier in the year against a set of criteria including to improve recycling and to reduce landfill.
This is our single biggest contract and staff have been (from what I can see) quite meticulous in getting it right so that their recommendation is the best option. This will be one of the last decisions for the current term of Council.
When it comes before us this item will, due to commercial considerations, by held in confidence. Once the tender is let we can advise our community who will be picking up the kerbside rubbish in the future.

One area Unley is not leading in

Unley is proud of the many areas that, despite our size, we are clear leaders at. There is one area that we are lagging behind with though.

As reported on the back page of the current edition of Unley Life the amount of food waste and composite paper in Unley wast bins according to a recent survey (November 2013) was 53%. The State average is only 40%.

If every Unley householder composted organic matter currently going into land fill, it would

SAVE more than $ 1,000 worth of food – enough to feed the average household for over a month;
SAVE almost $ 100,000 in waste management costs and transport costs; and
PREVENT almost 3,000 tonnes of material going to landfill.

The article goes on to provide tips on scraping the plate back a bit. Worth the read.

These results remind me of the debate we still have not had and which I commented on around this time last year about fortnightly collections. While we insist on the blue bins being picked up weekly and that smelly food products should not be left for 2 weeks then I question why the percentage, both State and Unley, aren’t greater than 40% and 54% respectively.

Is it time for a Conversation

Tell me what you think of the following article which appeared in Adelaide Now this morning?

Two waste management authorities, which collect rubbish for more than 350,000 Adelaide residents, say there is less need to collect domestic rubbish weekly because not all ratepayers fill their general waste bin.

Three mayors agree that fortnightly collections is the way of the future, saying the State Government should re-think laws that make it mandatory for general rubbish to be picked up weekly.

Holdfast Bay Mayor Ken Rollond suggested a six-month trial during the colder months, when the stench of bins was likely to be less of a problem.

“But we need to address the issues that have come up previously – such as the smell of a bin that hasn’t been emptied for two weeks – before moving forward with any changes.” he said.

Mr Russell said other council measures, such as the use of small kitchen caddies and corn-starch bags, were also encouraging recycling.

“Eventually, waste could be picked up fortnightly and it would help cut costs and encourage others to recycle – and there’s no question it could also save money,” he said.

“Most households would get by, but (in) circumstances where it might not work, where there is a large family, for example, there needs to be exceptions.

“People talk about the smell, but if you’ve got nappies, you put them in a sealed plastic bag. There are ways to manage these smells.”

East Waste is a regional subsidiary of seven councils, including Burnside, Mitcham and Campbelltown, that collects rubbish from up to 130,000 homes each week.

Northern Areas Waste Management Authority promotions and education officer Theresa Dolman, whose regional subsidiary collects 20 per cent of kerbside waste in Adelaide, said: “If we can get food scraps into the compost and garden, that’s a huge proportion of waste and what smells.

“There’s no reason why we shouldn’t go fortnightly.”

Minister for Sustainability, Environment and Conservation Ian Hunter said that he was unaware of any councils wanting to explore fortnightly general waste collections.

The Government had no intention of reviewing the law that requires metropolitan councils to collect rubbish weekly, Mr Hunter said.

A fortnightly trial collection of nearly 1500 households in Adelaide’s eastern suburbs in 2009 faced resistance from ratepayers and local MPs.

SA Federation of Ratepayers and Residents Association president Kevin Kaeding believed most South Australians would be reluctant to accept a fortnightly collection.

“I imagine there would be problems in built-up spaces, especially with smell and that wouldn’t go down too well,” Mr Kaeding said.

“With a lot more consultation it is perhaps something that can work, but there needs to be more discussion.”

Marion Mayor Felicity-ann Lewis, said it was time for “our communities to have another conversation about this”.

“We want the community to tell us when they’re ready for this,” she said.

“We’ve had council rubbish audits which show the red bins are being used less, but we don’t want to get too far ahead of the game,” she said.

Salisbury Mayor Gillian Aldrige said now was not the right time to introduce it.

“I think it is the way of the future and would work for a lot of people now, but we still need to educate a lot more people before we do bring it in,” she said.

During 2010-11, almost 80 per cent of all waste in South Australia was recycled, a figure higher than any other state.

Almost half of the rubbish South Australians put in the red or blue bin is leftover food, but this is increasingly being used as compost instead.

Regional councils are exempt from the rubbish collection rules that apply to their city counterparts.

Mallala District Council has collected general waste fortnightly since 1999 and chief executive Charles Mansueto said the community had become accustomed to the change.

Alexandrina, Victor Harbor and Yankalilla councils, which contract the Fleurieu Regional Waste Authority for rubbish collection, are considering the move.

Most metropolitan councils provide three bins – for organics and recyclables, which are collected fortnightly, and garbage, collected weekly.

Ms Lewis and Mr Russell agreed that rates were unlikely to be cut as the result of any savings from fortnightly bin collection.

How to dispose of your Food Scraps

This link to our website advises on the disposal of your food scraps.

Please read it and more…pass it onto all your friends and aquaintences living in the suburbs of Unley. It is a simple measure.