Kate Bickford is representing SA Best in the fight for Badcoe.

Representing SA Best, Kate Bickford is the last candidate to be named in the Fight for Badcoe. This just before the Government goes into caretaker mode and the core flutes get erected. 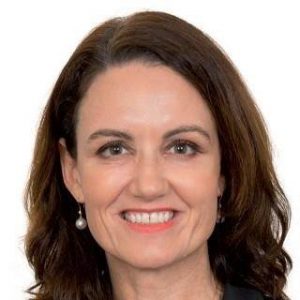 As I have done with the other three candidates I sat down with Kate Bickford for a coffee and a chat. This I did on behalf of the ratepayers of Council’s Clarence Park Ward, and the neighbouring Goodwood Ward.

I found her to be quite a genuine person with strong links to the local community. She has lived around 20 years in Forestville.

Kate is a lawyer and has worked on behalf of our indigenous Australians and for small and big business. This has seen her interact at all levels with Government.

What kate Bickford stands for.

I gleaned from her a concern many of you know I share about the future of South Road. What will be the redesigned South Road through Black Forest when the Government finally gets around to our section of the non-stop carriage way.

She is also keen to ensure balanced improvement to planning laws. Again, something that readers of this website know I share.

Kate indicated also that she is keen to see more work done in the ageing arena, including providing ways of bringing the aged and the young together. Sounds like she would really like the City of Unley Active Ageing project.

Another passion she has, which a number of you have indicated to me is a concern. That is to bring back safety gates to the pedestrian accesses and to improved DDA compliant ramps at the many rail stations we have in the City of Unley. Something my wife and I put to the liberals some time back.

This completes my initial interactions with all the candidates. If you wish to remember my initial observations of the other three you can check at here for Jayne Stinson (Labor), Lachlan Clyne (Liberal) and John Woodward (Independent).

You can contact Kate Bickford via email at [email protected] or call her on 0434 673 794 and arrange to meet with her to discuss any issue that concerns you in Badcoe. To view Kate’s electorate page, click here.

A Third Player Has Emerged in the Fight for Badcoe

A third Player has emerged in the fight for Badcoe. A week ago now, Cr John Woodward announced his intention to stand.

A Councillor for the City of West Torrens Keswick Ward, John announced his intention to run via Facebook and Twitter a week ago.

His candidature should add some spice to the campaign. He will be running as an independent against the endorsed candidates for the two major parties. As you will know from two of my previous posts in the Fight for Badcoe they are as follows. Jayne Stinson for Labor and City of Unley’s own Mayor Lachlan Clyne for the Liberals.

John adds another dimension to a seat I have previously identified as a possible litmus test for the formation of the next Government.

Like the two other candidates he will come as no stranger  to a portion of the Badcoe electorate. That said I am unaware of ever having met him. Having had a number of conversations with both Lachlan and Jayne I will make a point of catching up John.

What I have ascertained about John comes from his Facebook Page and Website. He is seeking a more collaborative approach to solving problems, NOT the adversarial, bickering, nasty personal attacks that we see from our two major parties.

For more information about John check out John’s election website.

There is yet no announcement from the Greens or from NXT regarding endorsing any candidate. With John’s announcement the other two candidates are out and about.

Lachlan has been pounding the streets in those sections of the Seat of Badcoe where is is not as well know. Jayne, on the other hand is holding two community meetings in little ol’ Clarence Park tomorrow morning.

They will be as follows: