A chance to preserve the history of Black Forest We have a chance to save a part of the history of Black Forest when Council next meets. If you want to be part of this come along and let Council know you care.


Kate Hubmayer cares. She is asking to present a deputation to Council at our next meeting, which will be on Monday 25th February at the Unley Civic Centre, commencing at 7.00pm.

The deputation will be early and I expect the item for decision will likely be early too.

So what part of the history of Black Forest are we focusing on. We are looking to heritage list at least one of the two Grey Box trees at the rear of a Winifred Avenue property abutting (at the southern end) the Black Forest Primary School Forest Avenue Reserve. 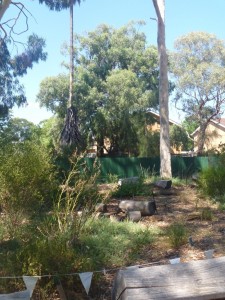 These two trees are both classified regulated trees under the Development Act but they are more than just significant. They are Eucalyptus Microcarpa trees and as far as I can make out they are the only remaining remnants of the species after which Black Forest was named.

The motion will be looking at whether or not the trees, or at least one of them, be placed on the heritage register. This would set a precedent as no tree has been added to the register since it was adopted over 30 years ago.

It has been suggested that our premier Jay Wetherill saw the trees on a visit to the school whilst he was still Education Minister and he commented that the trees ‘must be protected and incorporated into the reserve’. Incorporating them into the reserve is another issue to explore in the future but at the very least we should give them heritage status first.


Come along and provide support for Kate as she encourages Council to vote to save the trees.