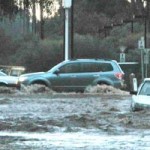 The outcomes of the Brownhill Creek Public Consultation process will now be reported to the five catchment councils. Each council will then determine its position and a final recommendation on the Part B works will be made by the BHKC Stormwater Project to the 5 member councils ready to report finally to the State Government’s Stormwater Management Authority. It has been anticipated that this recommendation will be made by September 2015.

The public have had there turn and now it is up to the BHKC Stormwater Project to compile the results of the consultation ready to report. And then….it will be up to us, the elected members of the 5 member councils, to make a decision. And then the Stormwater Management Authority will be advised of our decision.

That will likely be just as interesting as the public debate that has ensued for some time now. And I don’t doubt that public participation will still be omnipresent.

I don’t know how many people communicated direct to the BHKC Stormwater Project but I do know I have been inundated with claim and counter claim myself. I am also aware of the debate that has transpired in the media as one group refutes and disputes claims made by those with different views.

Although broke and with no funding in their forward budgets the Government requires all 5 councils to agree on a final plan otherwise it (the State Government) will takeover the project. Three of the five councils are directly impacted by the results that will soon be known to us. The needs of each council are of course at variance to each other. The other two have little direct involvement. So getting what the Government is asking for will be a challenge in its own right.

As the report is put to the member councils and their elected members I will be looking for a number of issues I have identified, including that not in the public debate, before I cast my vote.

Obviously until this comes to its natural conclusion (if it can be deemed natural that is) ……… watch this space.