DTEI have advised the first works on the Noarlunga line are unlikely to begin until July 2012 at the earliest.
The project team from DTEI will provide a project update and a written briefing to elected members in December, and with a subsequent presentation to elected members in January/February.

So it looks like no news for a while. 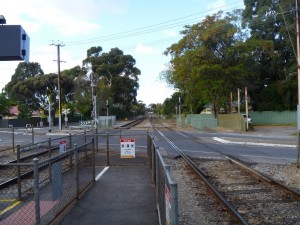 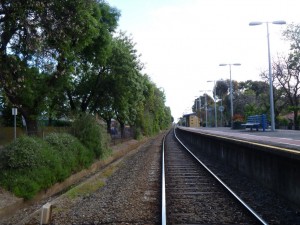 The picture on the left – a green corridor along Cromer Parade

On the right. Parker Terrace trees – will they survive?
Good news however is a rumour that the infrastructure will not need to be as wide as first thought which is encouraging as this reduces the chances of losing our trees (or having them significantly pruned) along Cromer Parade and along Parker Terrace Clarence Park/Canterbury Terrace Black Forest.