Malvern Police proposed to be closed

The outgoing police commissioner in one of his last acts has, after a review of their portfolio, determined that various satellite police stations including the one at Malvern should close. 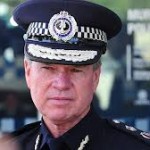 The reasons for this decision have not been made public. He is however seeking feedback from interested parties.

Anyone with an interest is invited to provide a written submission detailing your concerns, issues or comments prior to a final decision being made. All submissions are required by COB Tuesday 7 April, so make Easter a productive one and put pen to paper.

or….if you are email literate…

For mine I am prompting him as follows:

1   I would respectfully suggest that this is  a move that is probably 15 years too soon in that the removal of a station and face to face contact will work against the current elder generations who are not literate enough to conduct their police business on line.

2  How will SAPOL deal with the many citizens who are computer illiterate when they struggle with reporting on line?

3  Will this put police on the beat or transfer community engagement to phone contact?

4  I question whether there will be any true saving to the SAPOL budget beyond the rental of the bricks and mortar. And this is not much in the context of a $800m budget.

5  Unley has a high proportion of elderly citizens. Can SAPOL guarantee that the level of service to the elderly will not deteriorate, particularity inline with what I have espoused herein?

6  Will paperwork requiring police notarization such as affidavits be no longer required?

7  What about the influx of Asian students into the population profile of Unley. As computer literate as they may be, I believe the language and cultural barriers will see them struggle with on line communication. I have had this confirmed by sampling a few I know.

I respectfully suggest the community is not ready for this. maybe there is a future where this will be, a future when we are as a community literate in the art of communicating with the police on line but I am not so sure. it is hard to imagine a future where the face to face comfort afforded citizens now will no longer be part of our culture.