Never mind Options B1, B2, D what about do nothing?

Never mind Option B1, B2, D is there another solution as yet not investigated.

Many readers of this series of blogs may well have thought my vote is likely to be for either Option B1 of option B2 and not option D. But I canvas now the question raised briefly in my post on the 30th August.

Let us start by asking should solutions not investigated by the Project be considered. Yes I say and why not.

When I look at the flooding potential of the creek and I look at what the Project now believe will be the 1 in 100 year flood I question whether the extreme expenditure identified can be truly justified. As I reported in a recent post the 2012 proposal included a cost comparison of between being proactive and being reactive. 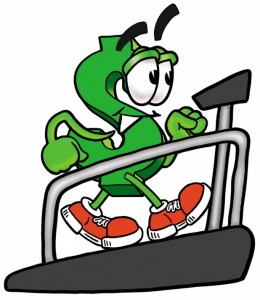 We have costs suggested to us for a number of proactive options. Much debate has ensued over the difference in the costs proposed for either options B1 & 2 or Option D. Unlike previously curiously we have no costs proposed for the repairs that would be required given the current hydrology we are working on now in the event we do nothing.

Not knowing this cost means my next observations are guesses. Sorry about that but the theory needs to be examined whether we have costs available to back them up or to refute them.

Why should 5 councils commit their ratepayers to an expense they don’t need to commit to is a question that I would have thought should be part of any investigation into the feasibility of a project of this type. It was good enough 5 years ago when there was no great difference between being proactive and being reactive.

It should be good enough to do the same thing now.

This has not been forthcoming inspite of my requesting it.

Indeed on reading the hydrology that we have received I fully question whether or not we simply clean out the creek and be done with it. The do nothing option if you can call if that.

Having said that I wonder if we should actually be looking at higher values given the predictions that we will have less frequent but more intense rainfall.