A non stop south road corridor is looking more and more like a reality as the Premier and the Prime Minister debate the funding of the $ 9 billion 10 year project. 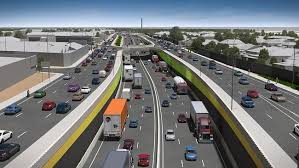 It seems the only argument on the non stop south road concept right now is funding. We have had a plethora of public utterances between State and Federal Governments about funding in a number of areas in South Australia. This is but one of them. I am hopeful that the politics that have been played will end and this will soon be put to bed in respect of South Road.

We have yet to see the detail but I can say this much a non stop corridor of 79 kms from Old Noarlunga to Gawler means, just that….non stop. That means no right hand turns which I had always expected but no left hand turns either into and out of South Road.

This is particularity of interstate to residents of the Clarence Park Ward of the City of Unley. It means access into and out of streets such as Dryden Avenue, Cowper Road, Byron Road, Addison Road and Forest Avenue Black Forest will be no more.

What will that mean to the residents of Black Forest?

What will it mean to the residents of Clarence Park & Millswood?

Non stop should mean less traffic for East Avenue and to Leah Street and Leader Street Forestville. This will be a clear benefit saving myself and my neighbours fro undue delays getting into our streets while we wait behind the southern rat runners who prefer to use a suburban street now than South Road.

Of course the next question is will we see land acquisitions to fit the 6 lanes being talked about see create the decimation of Black Forest. Word is the land acquisitions in our section of South Road will be on the west side of the road, Glandore.

Stay tuned for more detail from the State Government.