This week we saw evidence again of the use of people power and promoting planning principles when representing on developments in your street. This I am sure was on the back of three things;

Refusal of an application is possible notwithstanding a recommendation for approval. This is what happened this week. There is no doubt in my mind. The representations made clearly influenced the Panel. Representations based on pure planning logic. 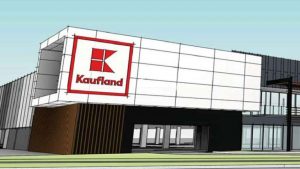 Regular readers of my blogs would be aware of my recent blog that people power only works when applied. The people did not turn out recently to represent against the recent Kaufland Development Application before the SCAP.

The same occurred last night in respect of a separate application before Council’s Assessment Panel.

People Power was present. Presenting on Planning Principles however was absent. In lieu, the argument presented was based on the impact on the value of my property. Whether the respondent was correct in his assertions or not this is not a planning principle and therefore not a consideration for members of the panel.

Regular readers also know my thoughts on the developments now being proposed in the east of the City of Unley.

Those developments around Fullarton Road.

Developments of far greater density than what was refused last night.

By providing local leadership my co-councillor (Jennie Boisvert) and I avoided here in the west the sorts of developments being approved over there. Similar more impactful developments intruding way more than the one at 102 East would likely be approved.

The moral of this blog post then is for you (my neighbours) to understand that people power and sticking to planning principles can and does work. The other moral is that (if re-elected) I stand ready to work for you by proving local leadership.