When was the last time you found yourself righting a wrong. My last time was last night. That is when I moved a motion to have a previous council decision to implement parking restrictions reversed.

After the original decision was made I felt sick. I knew we had made the wrong decision. Accordingly I apologised to the residents for what had occurred, believing that the decision could not be reversed. 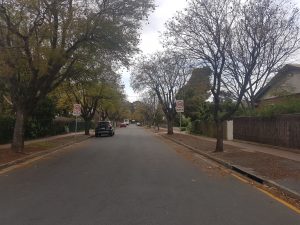 Millswood residents (around Goodwood Oval) were surveyed recently for their thoughts as to whether or not they were experiencing commuter inspired parking issues. They were prompted in this survey whether these issues warrant implementing parking restrictions. The residents in Graham & Meredyth Avenues were not included in the survey and therefore had no say.

Having not been included in the survey, their streets were therefore not included in a motion proposed by our administration. In their wisdom, Council amended this motion in what we believed was a way to recognise the missing streets. As can happen on the night in the chamber we got it horribly wrong.  We created a situation for the residents of the two streets that were indeed worse for them.

Last night I moved a motion to correct this. I tabled a motion to have the council decision to implement parking restrictions reversed.

In putting the motion, I argued that it was not fair to link them to the results of a survey they were not party to. Equally it was unwise to implement a solution to a problem that may not exist in the future.

Council agreed with me. The motion was seconded by my co-councillor Jennie Boisvert. It was passed unanimously.

In other words Council obviously saw and accepted their error. They showed they had the collective strength of character to  accept they were wrong and correct it.

If we find that parking issues have arisen and that parking restrictions need to be considered we will consult first with the residents, as always we should.