Externally imposed Rate Capping I believe to be poor policy.

Externally imposed Rate Capping I believe to be poor policy. Poor policy that you will (in time) pay dearly for. I expect that your other representatives will also view it as poor policy. We will need to wait on Monday’s special council meeting to know however. 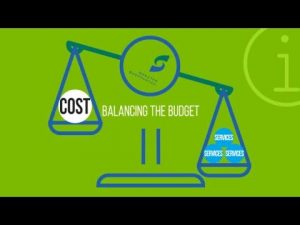 The Rate Oversight Bill being considered by Parliament is aimed at shifting oversight on Council rates. From you to another arm of state government.

We will consider this at Monday night’s special council meeting. In so doing we will not simply vote yes or no. We will consider and make public our reasons for our decision.

I for one continue to be concerned that the Bill is bad policy. I say this even though I and Unley support the rationale of setting the rate first and cutting your cloth to suit.  Council and its community are surely best placed to provide this oversight.

My primary concerns I have shared with you last night. Some of my other concerns, which I am sure we will discuss on Monday night, I put on record below.

I ask, is this State Government ready to put their hands in their pockets to bring us in line with the rest of the country.  We have yet to hear from them on this.

I doubt it. It is more likely there will be a continuation of cost shifting to local government (see next).

As the Government promotes their intention to avoid you paying more than you need to for the services provided by your local government we must all ask what guarantees they are going to provide against cost shifting. Cost shifting is a practice for governments of both persuasions have thrust upon local government.

Many of our services are subject to a fee for service. An example of cost shifting is services such as Development Assessment. As I indicated in a recent post, rate payers subsidise these services and substantially. This will be even worse since the larger development projects are now being assessed by the State Commission Assessment Panel.

Will the new government and future governments ensure we can truly get cost recovery for this service? I doubt it. I doubt it very much.

One of the most significant cost shifting is (by default) the transfer of management of social housing to community housing providers. When the previous government did this they also legislated that these providers receive a mandatory 75% rate rebate on council rates.

A reduction in their costs but a reduction in our revenue. The loss of this income has been transferred to you by way of rate increases above CPI.

The current government has made no offer to reverse this.

Not a huge impact on Unley but for some councils prohibitive. Of course, much of the medium density housing is expected to be social housing.

Rate payers through their councils pay the State Governments solid waste levy. To fate, to the tune of $118m. Very little of this money has been used for the intended purpose which is to improve recycling.

And catch this. The rate has increased 1450% since 2001. 9% this year. Compare that to the amount your council rates have increased.

To date of course, there is no indication from the government that they will peg these astronomical increases or (better yet) remove the levy. Perhaps ESCOSA should be commissioned to set these rate increases rather than the government.

No! What we have learnt from them is they believe we should be able to absorb the increased costs we are to be burdened by due to the recent China refusal to take that same underfinanced recycled material.

I wonder too about such things as:

All in all then, unless there are arguments that sway my current paradigm, I struggle to see the Government’s proposed legislation as anything other than poor policy. If it is passed then we are going to be severely challenged in complying.

A reminder. The special council meeting will be held in our Civic Centre, commencing at 7.00pm.