In the second of this series of blogs I noted that the minister believes that the focus of public involvement in the development planning process shoudl be at the stage of development plan amendments not at the assessment stage.

His logic has good but limited reasoning behind it. The best time for public to be involved is at the time a development plan is being evolved or amended. This is when the legislators can be influenced by the observations provided by the public. Without contribution from you (a resident in the affected area) the parameters are set and you have under the current system little chance to influence the approval of development under that development plan. That is of course no guarantee that they will; take notice that is.

Under the current system you do get a say at the approval stage and as discussed in a previous blog perhaps on occasions when the approvers will have scant regard your observations because they are irrelevant on the day. The 2 storey addition in a 2 storey zone previously noted is evidence of this.

Under Mr Rau’s draft bill you will not get a say at all at the approval stage in favour of involving you only at the development of the plan stage. As I indicated previously this in my opinion will require the largest ever education program ever undertaken by the State…..and we know that wont happen. 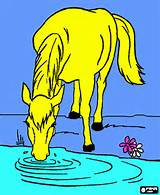 It is simply a fact that most people will not be motivated during a development plan amendment because it is not relevant to them. Planning is a subjective beast and somewhat abstract when authorities are promoting a district wide change. It is a pity we cant get more people involved at that stage but try as we will while you can lead a horse to water you cant make him drink. That is unless he is thirsty.

And thirsty is what he/she will be when there is a specific project proposed next door to them.

Under the draft bill this horse will not be offered a chance to drink when thirsty because legislation will not allow it. The pond will be fenced off.

This discriminates against members of a community in the event of a development that does not meet the development plan Mr Rau wanted them to contribute to when they had little interest.

Unley’s Development Assessment Panel was influenced recently (as reported in a separate blog) by logical argument from residents over a phone tower at the Goodwood Oval which was non complying development and yet was proposed to be approved by the professionals.

So Minister you would have us contribute at the concept stage of creating a plan and then allow any development whether complying or not to be left in the hands of those who wont be impacted by the development, whether good or bad development.