Success at Night for Goody Saints 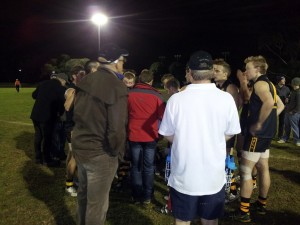 Yes the Goodwood Saints Football Club defeated Plympton High Old Scholars-Camden Football Club by some 6 goals. This victory will see Goody Saints move ahead of the PHOS-Camden on the premiership ladder as they progress toward the top five. An important victory after the round 1 loss to the same club. 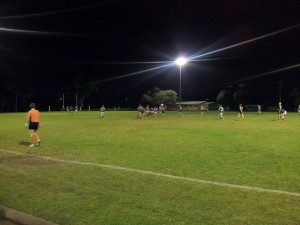 The boys of the A grade team finished off a good day for the Goodwood Saints Football Club after both the B and C grades had significant wins of their own. Well done all round.

The real success however, noting the weather conditions did not encourage a strong spectator attendance, was seeing so many multi generational families at the ground. Players of all grades were there to watch the A grade strut their stuff. But with them were their parents, their grand parents, their kids and in a couple of cases their grand kids. 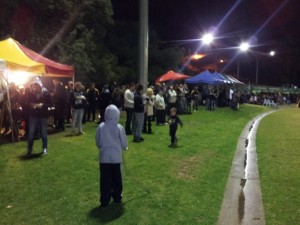 This is local community at its best.

Night Football at Goodwood Oval again has presented itself as an event that can occur without importantly causing inconvenience to the local community, to the local residents. The lights at the ground are designed such that areas 10 metres outside the boundary line are in darkness. As last year this was demonstrably obvious.

Last year the feedback from residents was encouraging. The prevailing feeling was the nearby neighbours experienced no interference. I trust this will be confirmed this time around. I will get feedback from this shortly when the Goodwood Oval Advisory Group meets again shortly.

The attendance numbers was not like last years successful night debut against Sacred Heart Old Collegians but given the weather conditions I reckon it was better.

Last year the boys lost, from memory by 1 point. This year they recorded a comfortable victory after a strong (premiership) 3rd quarter.

Well done again Goody Saints. You deserve every success you get.