The Temperature in Badcoe is Rising even though the Start line is a long way away. The news yesterday that Jayne Stinson has resigned her role with Channel 7 & 5AA keeps the new Seat of Badcoe in the news headlines.

Steph Key’s retirement (refer my last blog) has opened the door for Jayne to have a dip at the new seat of Badcoe. 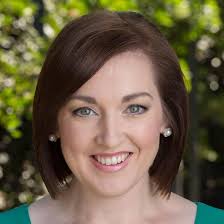 Jayne would be well known to most residents of Badcoe, which covers the Council Ward of Clarence Park (and Goodwood). She is seen regularly on Channel 7 News and heard on 5AA as a political journalist.

The Temperature in Badcoe is Rising with her nomination.

She is a high profile candidate who has put her hand up for Labor. She has to win preselection of course. There remains a chance that Annabel Digance from the nearby seat of Elders could secure preselection.

So while we wait for news as to whether our Mayor, Lachlan Clyne wins preselection for the Liberals Jayne’s candidature provides some early spice in the race which is yet to start. Subject then to both Jayne and Lachlan winning preselection the good people of Badcoe have two high profile personalities fighting it out over the next 12 months and a bit.

With set terms the next election will be held on Saturday March 17.

And all this before the Supreme Court hears the Labor Challenge to the boundary redistribution.

I understand that nomination for Liberal Preselection ends at the end of this month. Have not heard when Labor’s ends.

yes! The temperature in badco is Rising.