Owners of the Capri Cinema, where the celebrations commenced, the Theatre Organ Society of Australia, South Australian Division celebrate their 50th Anniversary this weekend.

Invited by the Theatre Organ Society of Australia to the opening last night of a weekend long celebration I enjoyed a trip of nostalgia.

My wife and I were entertained by a series of inspiring organ performances by an equally exciting group of organists. I was quite proud that locals from my own street, father and son Richard & Michael Larritt, were two of the performers on the night. 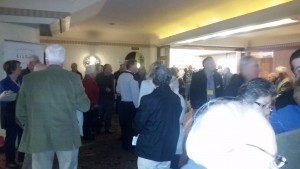 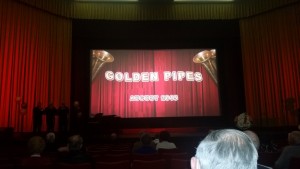 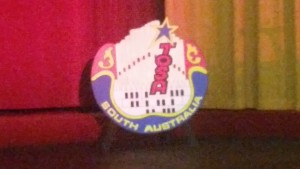 Another of the performers and host for the night was someone most people of my vintage will remember from channel 9 and 5DN days was none other than Barry Hall. The channel niners come to mind, along with …. Yes… Here’s Humphrey.

I reckon if I dig deep enough into my collection of LPs I would find the album mentioned later with his name on it.

Two historic organs featured on the night, both now permanent residents of the Capri.

The first, well known to those who frequent the Capri Cinema for movies or theatre performances is the 4/29 Wurlitzer. The console of the 4/29 features on many a photo shoot of the Capri Cinema. The second, at least the console of the second, is the 2/12. This organ was resident for 30 years at my old stamping ground, Pulteney Grammar School just down the road a bit on South Terrace in the City. It is also the organ featured on Barry Hall’s LP “Barry Hall at the Wurlitzer”, one of I reckon 15 or so LPs he recorded during the 70’s or thereabouts.

Thank you TOSA. It was a great night out and I did not miss Port Adelaide beating Hawthorn or Australia throwing it at the Poms, well almost. 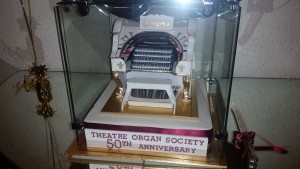 Oh! And thanks for the birthday cake. It was delicious. Pretty spectacular looker too! Too good in fact to eat. Here it is in it’s protective cage.