The State Government probably thinks it has a mandate to change our time zone given the media reporting on the subject. The media are reporting indeed a significant majority in favour of a change in time zone for Adelaide. 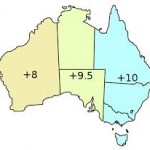 I respect what my City of Unley colleague in the adjacent Council Ward of Goodwood, Deputy Mayor Bob Schnell has to say on the matter on his website. Read what he has to say here.

Former leader of the Opposition Minister Hamilton Smith is lobbying opposition and independent members of State Parliament and pushing for the Opposition to allow a conscience vote amongst their number. This would allow them to be free to represent accurately the views of their community without being forced to adopt party lines.

Wow! and the views of their constituents are based on a survey responded to by 1,000 out of a population of 1.3 million. And as Bob points out that the 75% in favour of change are split down the guts as to which way we should shift, forward or back. Hardly a mandate I would have thought.

I agree with Bob. There is no need to rush this.

Not that the State Government would pay attention to a couple of councillors from the west side of Unley but hay!