What a night it was last Tuesday. Council hosted the community around the Unley Central Precinct. A night of emotion. A night to remember. 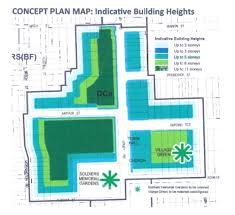 It is back to the drawing board as the Unley Community responds to the Unley Central DPA.

Approximately 200 people provided written submissions and around 40 backed up these submissions on the night. Most but not all were against the draft proposals.

We received some valuable input from many. Input as to how we might change the draft before putting it to the Minister for approval.

I am sure the Committee and indeed Council will take these on board.

We must be careful though not to allow ourselves to get sucked into accepting misplaced submissions. There were several these. I have thoughts on this that will be the subject of another Blog post.

Many rate payers have forgotten that we (Council and rate payers alike) all agreed back in 2006 to put a proposition to the Minister. The proposition was to protect our historic conservation zones and our streetscape zones. We offered the Minister increased density in the main street corridors and in Unley Central.

What we have found as we have rolled out the various localised DPA’s is that many in our community have forgotten this. We have also found that the keep forgetting that this is not Council driven but Government driven. Our ongoing communication, written and verbal,  is probably responsible for this.

I remind our community that if we don’t conduct these DPAs the Minsiter will do it on our behalf. If this were to happen we lose all control and the result will NOT be to anyone’s liking.

We have also found that our rate payers inevitably believe that we should be focusing on other areas to rezone. In other words, they are in opposition to rezoning their area in favour of rezoning other areas. What these people do not understand is that all areas of council apart from the zones including the Le Cornu site which was raised several times in the submissions received.