Unley’s Village Green. Where to from here

The Unley Village Green has been saved from redevelopment. This was one of the many results of the final Unley Central DPA decision made recently .

The Village Green was the centre or focus of much debate during the recent Unley Central DPA public consultation. Many a resident living near the Village Green were aghast at the prospect that the Village Green could be built on sometime in the future. Whilst this was not being considered by Council as owner of the property I can understand where the concern emanated.

Our DPA documentation was poor. Without question it gave rise to those concerns. It was an example of a communication faux paus. This is something that Council has been guilty of a number of times. Something for which I have been pursuing a change for some time now. That is not the point of this blog however. 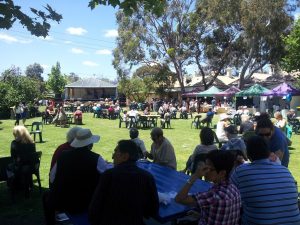 The SOS Village Green group is asking just that. They are keen to put the same question to Council.

It is great to see them being so proactive. When the citizens of a community are proactive you can bet the community is a strong community.

Consequently SOS Village Green have created a survey monkey for all with an interest to contribute their thoughts. It can be accessed at the following link.

The survey prompts a number of thoughts for the cottages and the current green area itself. These prompts are not unlike some that I promoted during the Unley Central DPA debate.

If you have a similar passion to the members of SOS fill out the survey. The question they are asking is Unley’s Village Green. Where to from here. Hence the question I put to you is do you want to contribute to that conversation.