What is the future of Local Heritage in SA?

The Government is asking us (everyone) to contribute to determining what is the future of Local Heritage in SA.

I attended, along with Deputy Mayor Michael Rabbitt and members of our management, a Seminar last Wednesday hosted by the Lord Mayor and the City of Adelaide. The topic essentially was what is the future of local heritage in SA. 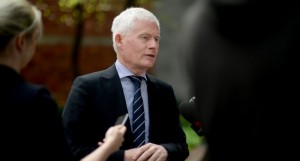 The Planning Minister John Rau spoke at the Seminar. A number of invited guests who each extolled the economic benefit of Local Heritage also spoke.

The Minister went to great pains to indicate that he is yet to take a position. He pushed that he was simply starting the conversation. The audience took a different view. They saw the Minister trying to pull on over on them. He did not take kindly as I have seen him do before in public to the assertions that he was hiding the detail from us.

I support the audience’s view, and that of the following speakers, that the Minister is struggling with a basic concept of what is the difference between heritage and character.

The Minister appears not to recognise the value of “Heritage Character”.

This is not how those with whom he found himself in conflict see it. They see areas/precincts/streets, not just buildings, as having historic value. Some areas, in other words, require protection as much as some buildings.

Each of the speakers spoke in contrast on his economic argument. They argued that Heritage preservation is a positive when looking at local employment. Their addresses (and the ministers) will be available soon on the City of Adelaide website.

I too see the need to protect areas as opposed to simply buildings. The City of Unley does also. The City of Unley, as much as any other municipality within the greater metropolitan area, is indeed testimony to this.

Tonight Council will be considering our response and I will report on this for you.

I now ask you. What is the Future of Local Heritage in SA in your opinion? Do you agree with the Minister or do you see his agenda as potentially destroying local heritage for the sake of redevelopment opportunities?