A Dream or a Nightmare?

Is Council’s dream of a Civic Centre Redevelopment turning into a nightmare long before it can even get started. Is it a dream or a nightmare? 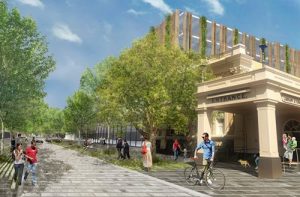 That is the question I and I think everyone else is asking after it has been mixed up with and confused the Unley Central DPA.

I wrote in my blog post on 31 October that Council had a vision of revitalising the Unley Central Precinct.

What we did not have (and still don’t) was a dream for what a redevelopment could provide our fair city. We had no dream of what the redevelopment might look like. Just a heap of thoughts of what might be but no solid dream.

We were looking to you to help us develop this dream. We set aside 12 months starting in March of next year to achieve this.

Amid claims in your feedback to the Unley DPA that we lack transparency it appears you are not interested in the slightest at seeing what we might be able to do. This is a pity and a concern.

A pity because what I see you telling us is you don’t want anything to change. This implies they are perfect now. Notwithstanding this however I constantly hear that things are not perfect.

A concern because we have instead of building a dream by ourselves and keeping you out of the loop we wanted to start the dream building process, with a blank sheet, with you. The ultimate I would have thought in transparency but with you believing otherwise the conversation has been all about what you don’t want.

We must take the blame for this failure in communication. Realistically we should have held back with the announcement until well after the DPA process had completed so to avoid confusing you. Maybe then we would have had a chance to start a conversation without the angst that clearly exists at present.

A dream or a  nightmare? Can we, will we, have a conversation later or will either:

1   you refuse to engage with us about what can be or,

2  Council have cold feet and think it is too hard.

In either case the old saying applies here. If the Dream is Big Enough the Facts Don’t Count. What dream? I believe neither of us know what the dream is and that is why we are were we are.