Our 2017/18 Budget: a win for those in Our Community who contributed to the process.

After the most significant contribution from our community in who knows how long Council has determined its budget for 2017/18. A win for those in our Community who contributed to the process. 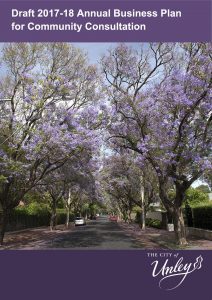 As I suggested in my blog post entitled “Please Stay with Us” the contribution from our community has seen positive results. Many initiatives suggested have now been included in the budget.

Those that have not have been earmarked for council to contemplate as projects later in the year. Should any of those projects receive council endorsement we will need to include them in one of our quarterly budget reviews.

The inclusion of the extra initiatives has seen the rate increase lift from 2.8 % to 2.9%.

The significance of this budget is the expectation that some of those projects we have been contemplating since before I joined Council may occur sooner rather than later. This includes:

A win for those in our community who contributed to the process.

It will also see something I have been championing since my early days on Council. That is an improvement in service standard in the reactive maintenance of our footpaths.

Of course, we have also had to pass on a 9% increase in the NRM levy that Councils are forced to collect on behalf of the government. Our rate payers are contributing the equivalent of 3.1% of our rate-able income. That is a whopping (in excess of) $ 1.2 m. And we are collecting $ 38.3 m in rates.

If you want to know more about what the budget includes you can check it out here.