Watch as the rate payers of Black Forest & Clarence Park speak up against a false promise by the Minister for Planning.

The Minister (Stephan Knoll) and the Chair of the State Planning Commission (Michael Lennon) have publicly suggested by inference that their current Council Development zone RB350 will be transitioned with little or no change in to the new Planning & Design Code. The ratepayers are only too aware however of the significant differences that are and that this is NOT FACT. Differences highlighted in my blog post of 16 December. 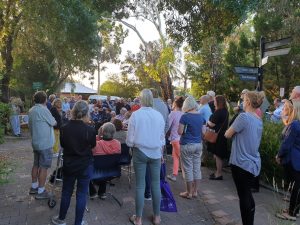 Around 100 people attended a meeting held by my Co-Councillor & I. Many more have also attended house meetings I spoke at.  I have, as I am sure Jennie has, spoken one on one with many others. Even more have learned by word of mouth. 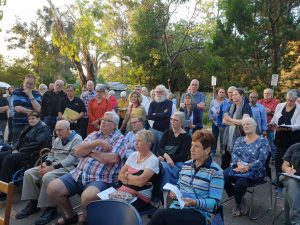 The community is engaged. They have responded to my blog post of 8 January among other things. As a result, they are likely to inundate the Department, with expressions of feedback. Likewise the Minister.

Thanks to my in-depth analysis noted in my 16 December blog, they are aware of the changes. An analysis that 95% of people simply would not be able to do for themselves.

The community is frustrated. Many, believing they are being targeted, are incensed at the Government.

Some believe these changes are deliberate. Others, like me, believe it is just dumb stupidity. Either way,  the result is the same. It is indeed enough for the rate payers of Black Forest & Clarence Park speak up and be heard. It is likewise enough to unseat this Government if what we are experiencing is occurring on mass elsewhere.

Their submissions will add depth of voice to Council’s own submission to the Department, and our lobbying behind the scenes. The Government will surely see that the Community is backing up their Council.