The western suburbs of the City of Unley are seeing a resurgence of business activity. This is running against the trend on King William Road and Unley Road where a number of small businesses have closed down or moved on. 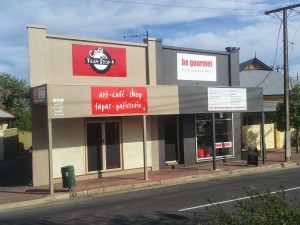 In the last couple of months Tram Stop 4 (a coffee shop), and be gourmet (a take home meal and daily lunch shop) have both opened their doors. Just a few months ago now Carnevale (another coffee shop) opened in the old Video Store on East Avenue, Clarence Gardens. 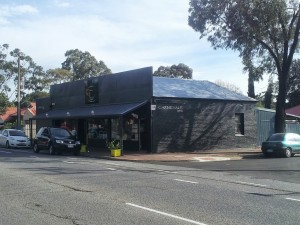 This is a revolution of sorts in the west of Unley. Long time now the poor cousin as a cosmopolitan destination, when compared to the well know coffee shop precincts of King William Road and Unley Road. Great to see that we can enjoy this modern lifestyle west of Goodwood Road.

I have had the pleasure of meeting with the proprietors of each shop, having had some 3 or 4 coffees at Carnevale and my first last week at Tram stop 4. They are all lovely people and I encourage you to patronise their respective businesses.

My wife and my daughter in law have become regulars at Carnevale. I intend to feature each of these businesses over the next month, commencing with be gourmet, later this week. So watch this space.