The City of Unley and the TDU go hand in hand

The City of Unley is recognised for being the most cyclist friendly City in all of Adelaide. Adelaide in turn is Australia’s home of the Tour Down Under (TDU). Truly the City of Unley and the TDU go hand in hand.

Unley is recognised for it’s extensive bikeways. An inner suburban Council, we have been proactive in finding alternate forms of transport other than single occupancy cars.

For this reason, the City of Unley and the TDU go hand in hand. 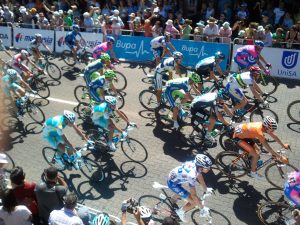 It should be expected therefore that the Tour organisers see Unley’s bid to host a TDU start as a no-brainer. No surprise then that we have been awarded a Stage 2 start for the 2018 Santos Tour Down Under.

Santos Tour Down Under Race Director Mike Turtur said the race was thrilled to be returning to Unley for the start of Stage 2. “The location of Unley as a stage start is one of the iconic start locations throughout the history of the event and never disappoints,” he said.

“The support from the community in Unley and its surrounds is terrific. Next year the race will start on King William Road and the peloton will parade through the city from Unley and take a route down Melbourne Street for the first time.”

Stage 2 will be held in the morning of Wednesday 17 January.

As always, we will hold our Gourmet Gala event on the night before. An event that often attracts 30,000 people or more. The Gala has become one of Adelaide’s iconic events, seen by many as integral to the whole TDU experience.

There are however some within our community, indeed on Council, who see this differently. Please stay tuned for my take on that shortly. When I do, just remember that the City of Unley and the TDU go hand in hand.