Councils Overlooked Heritage for Decades, according to the ‘Tiser.

The Councils Overlooked Heritage for Decades, according to the ‘Tiser. This is a headline suggesting Councils have been derelict in their heritage responsibilities. 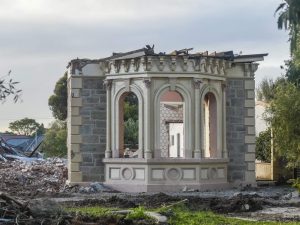 Is the ‘Tiser’ correct with this article? If you have a subscription you can read it here.

The article in today’s Advertiser has included the City of Unley in it’s list. Consequently, this (by default) suggests we too have overlooked Heritage for decades.

Preserving our heritage is a hot topic right now, a concern shared by many. The SA Planning Commission, as they undertake the revision of our planning laws, share this concern.

So! Is our heritage at risk and have Councils been under-performing in recognising and promoting heritage properties for protection from demolition?

Our heritage deserves protection and is at risk.

The risk to our heritage I have already spoken about, in a blog post titled “Heritage at Risk”. Or is it?”.

I did attend the meeting noted in that blog post. The Commission Chairman at that meeting assured me that they share our concerns.

This was comforting to hear. As comforting as that may be, they can only produce what they are given. Consequently, this means the community (including you) need to let them know your views and concerns.

Today’s media article is sort of correct. They however did not recognise how significant such an exercise is. A lengthy process that requires significant resourcing. Resourcing that your rates fund.

They identified only the start of a process. As a result, not the completion. In addition, failing to recognise a lengthy process that requires significant resourcing. Resourcing that your rates fund.

The City of Unley did conduct a broad ‘Heritage’ and ‘Character’ survey of the whole City in 2005. As a result, using the results of the survey, this led to conducting the Unley Heritage Research Study from 2006 through to 2012. This provided a comprehensive evaluation of potential individual heritage places combined with a review of existing places.

Importantly, these studies were then used to inform the Local Heritage Places Development Plan Amendment.