Creation Care is at the Forefront of the Adelaide Anglicans Synod.

So much is being said about saving our planet. It is a major ongoing media storey. It is also a consistent topic of conversation amongst society. And so it should be!

As it is for the Church. Yes! Creation Care is at the Forefront of the Adelaide Anglicans.

Much of this conversation, by my observation, is directed toward Governments. What Governments should be doing! What they aren’t doing.

We want them to declare emergencies. Likewise, to set zero targets.

I have a concern that what we aren’t talking about is what we should be doing to save our planet. You and I. In other words, how we can contribute to and be part of the answer. 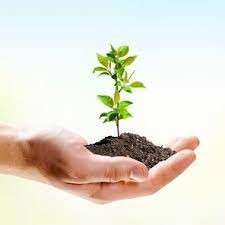 This argument I put to the recent Annual Synod of the Adelaide Diocese of the Anglican Church. In particular, an argument put on a motion concerned a report on the work of the Anglican Creation Care Network. It focused on what the parishes and organisations of the Diocese should be doing.

I also argued that Christians and the Church are seen as irrelevant in the climate debate. This observation comes specifically from my speaking with many in our community in my role as an elected member of the City of Unley.

The trouble is for many, the Church has a similar challenge as do Governments. They need to not just be doing but be seen to be doing.

I wonder how many people know, including from within, that there is an Anglican Creation Care Network. Equally important, what work they are doing. How many people know that the Ecumenical Patriarch, Pope, and the Archbishop of Canterbury recently penned a joint letter. A letter titled A JOINT MESSAGE FOR THE PROTECTION OF CREATION.

Back to the Synod. We passed two environmental or creation care motions. Motions that covered both what we can do and what we want the Federal Government to do.

One motion debated and approved calls on the parishes and organisations of the Adelaide Anglicans to:

This motion should assist the parishioners, everyday people, in learning what they can do. To then participate in and be a part of the solution, rather than standing back and expecting governments to do it all.

The other motion, a motion without notice by the Rev. Peter Sanderman (a City of Unley resident and former CEO of Anglicare), concerned zero targets. This motion called on the Federal Government to set the following zero-carbon targets.

This motion was also passed.

A good weekend showing indeed that Creation Care is at the Forefront of the Adelaide Anglicans.