Cremorne Plaza Redevelopment gets Approval in spite of Community Opposition

A week ago now the State Government’s Development Assessment Commission approved the controversial development proposal for the Cremorne Plaza Site notwithstanding significant community opposition to the proposal. 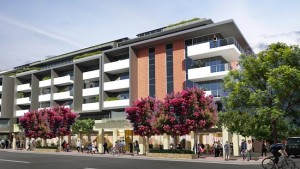 Approval was granted according to the minutes of the DAC meeting because the development was not SERIOUSLY at variance to the City of Unley Development Plan.

Many in our community will dispute this by focusing on the development being a 7 storey development in a 5 storey zone.

Some have argued during the debate before and after the approval was granted that it would not have been approved had Council been the approving body.

Whilst the development was approved by a state government body (DAC) rather than a council body (DAP) I wonder what the result would have been had it been determined by us. 7 stories on the face of it does seem particularly at variance with a zone calling for 5 storey. That is a 40% variance.

I ask though is the number of storeys a relevant parameter. If it had been a 5 storey development not many would have argued because it would have seemingly complied. That would be irrespective of how high the building which no-one has focused on during the debate on the development.

How many people would have spoken up had the building been the same height but 5 storeys. I will examine this further in a subseuent blog post.

On a positive note I understand the Developer and DAC did listen to Council and we saw some improvement in the number of carparks amongst other things.

Assuming the development does proceed then we will see in a few years time an increased population in Unley that can only be a good thing for those who serve the community, be it businesses with increased turnover and profits or community clubs with increased memberships.