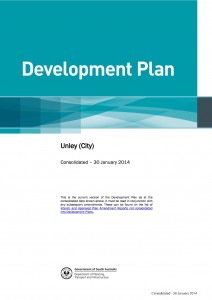 a break from Brownhill Creek I thought it appropriate, after advice from our administration, to provide you with a Council Development Plan Amendment Update.

It is a busy time coming up for the Development, Planning & Strategy Committee. For this councillor it will be a good change from dealing with the politics of Brownhill Creek.

DPA 2 – The portion east of Goodwood Road has been progressed and we expect that the Minister will authorise this before the end of the year.  The remaining areas to the west of Goodwood Road have partly (Anzac Highway) been captured in a ministerial DPA. Areas in Everard Park, Black Forest and Clarence Park are wrapped up in a Part 2 (West) of the DPA.  This is currently expected to be pursued by DPTI, but there is no urgency (yet), and there may be a review of some elements required, particularly Leader Street in light of the Corridors DPA described below.

District Centre Zone (Unley Central) DPA – Consultants have been appointed and will be meeting with the DSP Committee on 21 September to discuss the proposed Community Engagement Plan for this DPA.  This DPA looks at changes to the District centre Zone to more overtly encourage residential development, and possibly make minor amendments to the zone boundaries.  It is anticipated this DPA will be completed by early 2017.

General DPA – This DPA was designed to address a number of anomalies and required updates in the Development Plan.  Many of these have now been captured in the Ministerial DPA’s.  Council resources have been diverted towards providing feedback/input into the Ministerial DPA’s (which was unplanned and extensive) and consequently the General DPA has not progressed significantly.  Once it becomes clear the exact extent of how other DPA’s have subverted this one, it may need reconsideration of whether, or how, to proceed with this DPA.