DPTI under the pump to finish by 20th December If you have felt the workers along the rial corridor have been rushing in the last week or so you would be right. The word is (from a DPTI official) they have a target completion date of the 20th December.

They are serious about giving it a go though.

Further pruning therefore can only be done on the weekends of the 13th & 20th December. And this will concentrate in the Parker Terrace environs.

The remaining Pepper Tree is yet to be pruned and they have confirmed they will take way more care over this tree than they did early this week on the others, having compromised their health. They know they are being watched having said that. 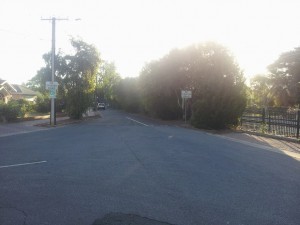 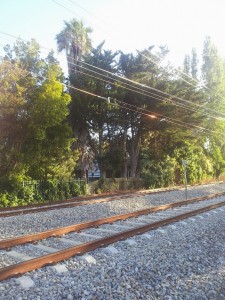 The planting along the southern end of Parker Terrace will be restricted to the rail side of the rail fence but it looks very much like the 4 cedar trees at the very southern end may need to be removed. They are trespassing into that electrical exclusion zone significantly.

It would appear that the severe pruning that will be needed on these trees will impact such that removal is the appropriate course of action. Before this happens however a survey will be completed to confirm on whose property they exist. It could be Council land, State Government land or even (at least for say 1) in private property. They have to establish this so that they can obtain agreement from whoever owns them.