Followup to Concerns of a Dog Owner

Dog Owners be advised that Council’s administration has responded to my requests to look into the “Poo bag” concerns raised by a local resident recently. This follows up my blog post on this topic back on the 7th of this month.

Administration have confirmed that the new parks litter bin contract, includes the maintenance and replenishment the dispensers.  As per the contract, this occurs on Mondays and Thursdays and includes all dispensers across the city. 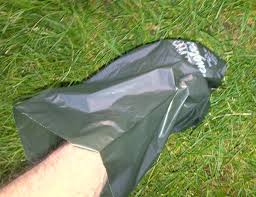 The biggest concern with the doggie bags, noting the dispenser was empty recently on a Thursday afternoon, is that we believe (and have observed) people taking multiple bags from the dispensers, often over 10 at a time, rather than using them as needed.  I understand from the team that this is a key reason that we may run low.  This is despite the fact the dispensers are signed with a limit of 1-2 bags at time.

I think we have a group of dog owners who take their responsibilities for keeping public space clean very seriously. Unfortunately there are some who don’t understand there are others who wish to share the service that Council provides. These people I think feel that the dispensers are there for their personal use and they will take way more than they are entitled too.

It is likely also that there are people who might think that taking say 10 at a time rather than 2 they are being responsible whereas what they are doing is depleting the available supply sooner and therefore preventing others from using the service.

This is now being debated by some elected members and also staff with some ideas being we issue a nominated number of bags with the registration of the dogs, provide extra containers, replenish them more often being some of the suggestions. Not that long ago we discussed maybe getting the bags sponsored, as a way of defraying the cost.

It has also been suggested we simply leave it to dog owners to do the right thing and supply their own. I do.

I have communicated with our General Manager Community and I am thinking that it may be prudent for us (Council) to take this out to the people, invite dog owners for any suggestion how we can better help them manage the situation.