Tennis Australia has confirmed that Goodwood Tennis Club will take part in the 2013/14 Asia-Pacific Tennis League (ATL). Our local club will be playing in one of 5 conferences in Australia.

Teams are from the Asia-Pacific region, including New Zealand, Pacific Islands, Japan and obviously Australia. The winners of each conference will progress to the ATL Playoffs which will be held at the Australian Open from the 20th to the 21st January 2014. 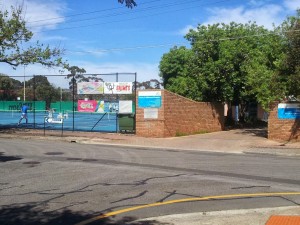 This is a coup for Goodwood Tennis as the ATL involves some of the best clubs and players in Australia. In announcing this tournament Alistair MacDonald paid compliment to all of the players, volunteers, coaches and Administrators that have enabled the club to field a team in the ATL.

We certainly have seen this club turn around its fortunes around in the last few years, since the arrival of Ben Milner, John Friend and Co.

Mr MacDonald also acknowledged the important and significant role Council has plays in the development of sport and opportunities in its area.

Yet another success storey from one of the many sporting and community clubs in the west of the City of Unley.