Goody Saints in a Clean Sweep Goody Saints, that powerhouse in the west of the City of Unley has won the SAAFL Division 1 premiership….again!

With three premierships from their three senior teams this may well be the club’s finest hour, eclipsing their recent 5 in a row. 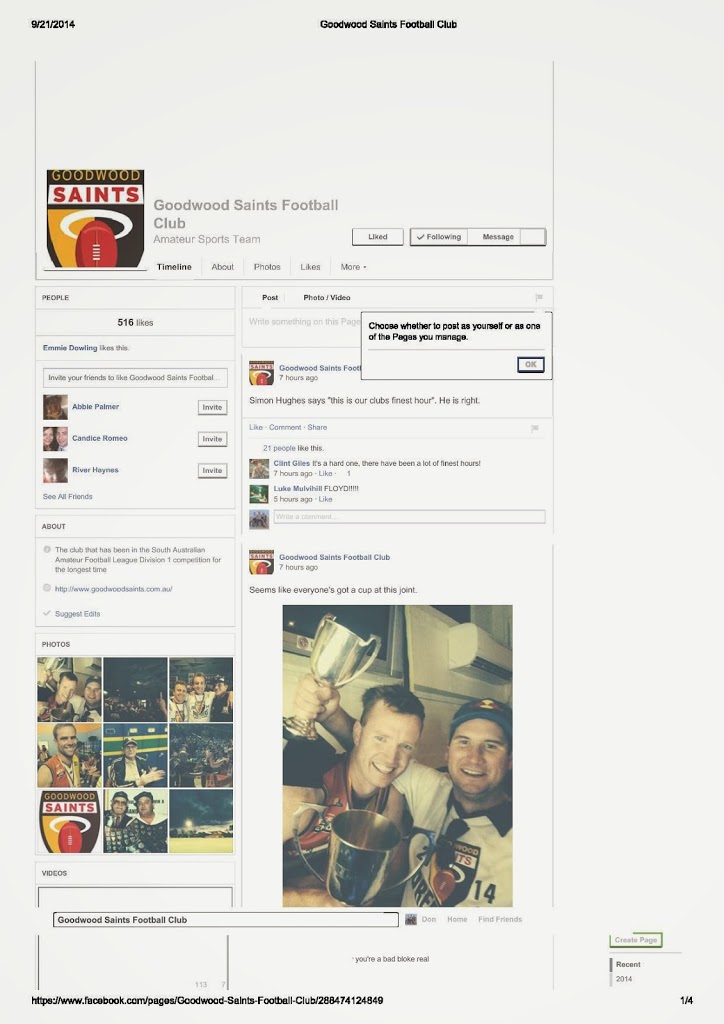 They beat Rostrevor OC in the Grand Final 14.10 to 7.7 in a convincing display. They went through the season undefeated apart form one minor hiccup in the 2nd Semi Final. If they had to lose that was the one to lose.
This backs up the win earlier in the day when the B grade won the Division 1 Reserves premiership beating (again) Rostrevor OC 13.10 to 6.4, another drubbing.
Last week the C Grade started the scene winning the Division 3 Premiership beating Adelaide Uni in their division 9.9 to 8.5.
What a year. This is a club that deserves success. They have been an exemplary club since the amalgamation of the then Goodwood FC and St Raphaels FC way back in 1985 and have been the pace setter since their famous five in a row between 2005-09.
Celebrate guys. You deserve everything you get. (sounds familiar)