Higher Density Development on the way in Unley

The first development application for higher density development as encouraged by the recent approved Corridors DPA has been lodged with the Development Assessment Commission. 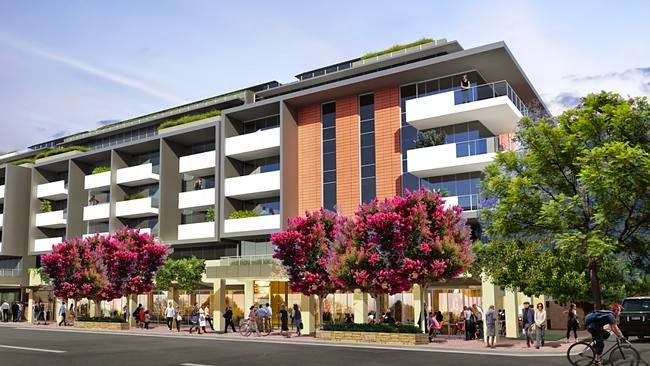 For those of you who can remember the corridors DPA, which was completed and approved prior to the recent development plan amendment still under consideration by Council. In that plan Greenhill and Unley Roads were earmarked for addressing the Governments 30 year plan focus for higher density development along the major transport corridors.

Well,…. the first application has been lodged with the Government’s Development Assessment Commission for a mixed use development on Unley Road. The site is 244-248 Unley Road, Unley Park. This is the site between Opey Avenue and Hart Street.

The new Unley development plan allows for higher density development up to 5 storeys along this section of Unley Road. The plan assumes land with a depth of only 50-60 metres and a zone within which the development can be built within a zone of 30 degrees from a height of 3 metres on the boundary.

This development is 7 storeys which in theory is in excess of the plan. This site is closer however to (from memory) 76 metres deep which allows the extra storeys.

The key to this development proposal for higher density development is the inclusion of a 2 storey townhouse development incorporated at the rear of the site. By doing this the developers have looked after residents living to the west of the development site. They will amazingly not see the 7 storeys behind the 2 storey town houses. This is due to the 30 degree buffer zone proposed and fought for by the Unley Council and which the Government reluctantly approved early last year.

The 30 degrees was a strategy we promoted to avoid the straight up and down developments that can be seen around the world and more recently in Mawson Lakes and Northgate. Higher Rise Developments  that residents in Unley and in neighbouring councils have been concerned would turn their neighbourhoods into ghettos. Although 7 storeys this development, thankfully fits into this restriction.

Thankfully also this development has been classified as a category 2 public notification development. This means those residents and businesses that live within 60 metres of the development site do still (as they have previously) get to provide a representation to the Commission.

I encourage everyone who is within this zone and indeed everyone else who cares about the future built form of the area of the City of Unley to come along to a public meeting organised by your local member of State Parliament David Pisoni. By doing this you can be better informed about the impact of the development allowing you (if you so choose) to make informed representation to the Development Assessment Commission.

This meeting is scheduled for 7.00 pm on Thursday 5 February at the Unley Community Centre. Please come along and be informed.

I ask you finally,whether you see this development as a positive or negative development in Unley, to recognise that Unley Council is not the authority and that the plan, whilst in our name, is not our plan. The plan belongs to the minister and the panel assessing the application is the government’s panel, not ours.