How will you vote?

Seriously, how will you vote and who will you vote for? For many, this will depend on which level of government you are voting for. 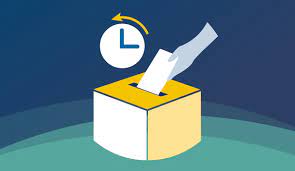 This calendar year we have three elections here in South Australia. The State Election, which is in the process right now. Polling day is on our doorstep. The Federal Election is due in May. Then, finally, the Local Government election in November.

You have a choice in who you will vote for. Of course I do, you tell me. And I am not telling you who. That’s fine. I don’t want you to.

What I am asking you is deeper than what my question might sound like on the surface. For many of you, the way you vote will change depending on which level of government you are voting for.

This is a question in respect of both State and Federal elections I have discussed with many. The answers from these people vary markedly.

You do not get to vote for the Premier (State) or the Prime Minister (Federal). Not directly.

Your vote influences who might become Premier or Prime Minister. This is by way of the fact that a Premier, a Prime Minister (Indeed a political party for whom they are the leader) are elected as a result of your preferred candidate being a member of the political party whose members are form a majority.

So, I ask you again. When you cast your vote in the State & Federal elections are you (like me) voting for the local candidate, doing this because you believe he or she is the best candidate to represent you. Has that candidate done enough to warrant your vote?

Such is the Westminster system.