I agree with you Mr Rau 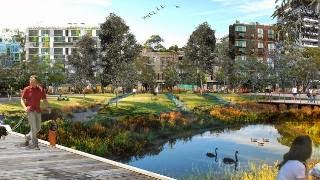 Mr Rau said the Government wanted councils surrounding the city such as Unley and Prospect to get involved with the plan and come up with ideas and stump up some money to make the parklands an asset for their communities as well.

As the Cities of Unley & Adelaide start discussions about a dedicated dog park as noted in my post on this blog site last week the Premier announced, as was reported in the Sunday Mail today, that the Government has a vision for the parklands and is putting money on the table ($20m over 4 years). This is to be funded using funds already available from the Planning and Development Fund, where developers contribute money when building high density projects. 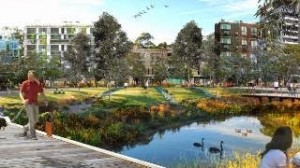 While the vision noted in the Sunday Mail included such grandiose things as Sports Stadia it is high time we looked seriously at the parklands and redevelop them over time to make them an attractive place to spend time. And the concept of the likes of Unley and Prospect Councils having a say is something i believe should happen. Adelaide Council recently recognised that maybe they should invite one of the inner rim councils to contribute to how the parklands should evolve.
A good gesture, long overdue. But not enough. This vast expanse of green open space borders the northern extremity of a city (Unley) that has but around 1 to 2% of its area as green space. It therefore makes sense that the south side of the south parklands should be developed to allow greater use, and by residents of Unley, both current and future, when the population along this corridor is expected to grow significantly.
And we as a City should be prepared to contribute to any project that we believe WILL serve our residents. It is lot easier and way more cost effective to do this than try and find and then develop our own space.
My view is supported by CITY rim council mayors who say it is crucial for their communities to have a greater say in the Adelaide Park lands, as the State Government moves to increase high density living.

And our own Mayor, Lachlan Clyne says “I firmly believe that every council which abuts the park lands should have some control over what happens in those park lands.”

So while I have recently had some misgivings about the utterances of the Deputy Premier I am 100% behind him on this.
Love to hear what you think.