Is the PDI Act 2016 and the accompanying PDC making life simpler?

Is the PDI Act 2016 and the accompanying PDC making life simpler? That is the burning question I have been contemplating as PDC-Day looms. 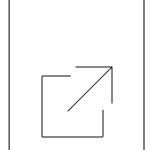 This blog post follows on from my last blog on PDC-Day. I hope to expand on that blog and demonstrate how the delegations for decision making will impact the Council.

A simpler process and simpler too for Councils, if you can believe the rhetoric, I repeat, is the Government’s assertions.

Under the “old” Development Act there was (for most development) just one authority for approving development. That was Council. Council would then, under the legislation, delegate their powers to their CEO. The CEO would then sub-delegate to their employees.

That includes the Assessment Panel. In other words, they were an agent of the Council.

Depending on the type of development there can be many authorities.

The Assessment Panel can be the authority for certain types of development. They too, even though appointed by Council, stand removed from Council. An authority in their own right.

Beyond that, Private Certifiers (who have in recent times been able to make a judgment on minor works) will have a greater role. They too can be the authority on a number of increased types of development.

Council itself, under the PDI Act 2016, can no longer be an approving Authority.

After the relevant authority has approved or disallowed the particular development, an overarching approval will be required. The authority for this rubberstamping will be (go figure) the Council. They must rubber-stamp the approval. In so doing they will have to make sure due process was followed by the Authority and sanction the approval unless due process was not followed.

I trust that is all as clear as mud. If you understand this simpler system, please explain it to me. Convince me please that this will be a simple system, a less expensive system. Sorry, but there is going to be a lot of duplication, particularly when the Authority is a Private Certifier.