Just what has our Mayor been up to lately 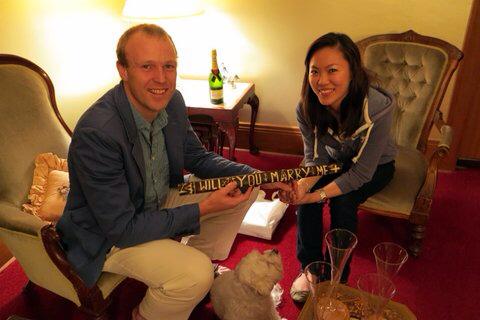 City of Unley Mayor Lachlan Clyne, on his return from walking the Kakoda trail leading up to and including on Anzac day proposed.

Quoting from his facebook page
“I asked Jocelyn to marry me on Saturday after returning from Kokoda. Jocelyn has been a saviour who has loved me unconditionally. I’m a very lucky and blessed man.”

The wedding I understand is being planned for November this year. More on that later. 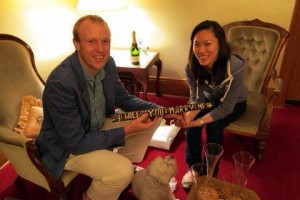 Great to see that Lachlan’s life is now taking on a positive spin, after the trials of the last two years. And he clearly is at peace with the world as he was quoted I the first edition of Unley’s new Glossy magazine ” Aspire”.

In an article about Lachlan (prior to announcing his engagement to Jocelyn) called Lachlan Clyne, Mr Nice Guy Lachlan has declared he intends to run for Mayor again next year.

And Mum & Dad are pumped.