Lachlan Clyne finally resigning as Mayor of the City of Unley

It’s Official. Lachlan Clyne is finally resigning as Mayor of the City of Unley, effective at the end of this month. 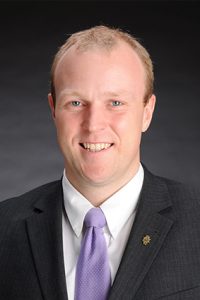 As most of us are aware, he is the Liberal Candidate for the seat of Badcoe in the upcoming State Election. In resigning as Mayor he can now focus all his energies on getting elected.

This has been the worst kept secret in Unley for some time now. Many amongst us believed he had already resigned. This is not the case. He was only on leave between September and November. During this time, I deputised (as Deputy Mayor) for him at Council meetings. We shared civic duties.

He returned to his Mayoral duties in December chairing the December meeting. He will chair the upcoming January meeting. Again, we shared the civic duties.

I would like, on behalf of our Community, to thank Lachlan for his service to The City of Unley. We wish you well, in whatever the future holds for you.

This Council can be proud of what it has achieved during Lachlan’s time as Mayor.

Following on from the establishment of the previous Council’s 2033 Community Plan we painstakingly master planned the various components of the plan. We have, and certainly in the more recent of times, implemented many of the plan’s initiatives.

He will be missed by many in the community of Unley.

As regular readers of this blog would know, I announced in my blog on November 27 that I have put my hand up to become our Acting Mayor in his absence.

I do so to avoid confusion for the many in our community who believed that Lachlan had already resigned as Mayor and I had taken over. I believe it is in everyone’s best interest that we present a picture of continuity and stability of community leadership.