In the background of the Liberal Party rate capping threat we see councils announcing low rate increases this year. The City of Adelaide leading the way with a nil increase in rates. Is the industry now guilty of manufacturing rate capping.

Unley too is looking at a low increase, possibly 2.2% which is still in excess of CPI. 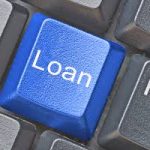 The scribes have challenged Adelaide’s proposed nil increase in the wake of also proposing a significant increase in loan funding. From a distance I question whether they are doing the right thing or playing politics.

Unley too, from within, have been similarly challenged.

Are these and other councils it must be asked, at the stroke of a key on their keyboard, using loan funding to avoid excessive rate increases.

Some may believe this to be the case and certainly at least one of my colleagues views it this way. Such is the case at Unley that we will be looking at two possible scenarios this coming Monday when we vote on this years coming rate rise.

We had long been looking, after much work shopping and wrangling over what should be included in our budget and what should not, at an increase of 2.2%. We are now being asked by some within to consider 2.7% and reducing loan funding. One of us may likely vote against both because he relives we should be raising the rate by I believe 5% or more rather than faking with loan funding.