With the Goodwood Oval clubroom nearing completion, Council has turned our attention to helping one of our other western sporting clubs. New Clubrooms for the Millswood Croquet Club would be a centenary birthday gift for the Club. 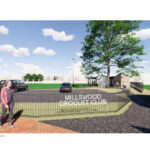 Council is seeking your views on a design concept we have put together to improve the facilities at their Millswood Crescent address. New Clubrooms for the Millswood Croquet Club. Your views are important and will help inform the final decision.

The concept is available on line for you to view. You can provide your view via the online survey, by email, or by using the old fashioned snail mail.

Please submit any observations you may have by the 14th September.

From the Millswood Croquet Club’s point of view this has been a long time coming.

It all started back when I first started with Council in 2010. This is when we reviewed the function of both the Goodwood Oval and Millswood Reserve precincts. We have considered a number of options for the Croquet Club since then.

As I blogged during the last Council election, we delayed the project when we diverted funds previously earmarked for this project to the Goodwood Oval grandstand. This was done to take advantage of funding made available by the previous State Labor Government, secured by local state member Jayne Stinson.

With the Grandstand  underway, Council responded positively to my leadership to re-allocate funding back to this project. The club subsequently secured Federal funding from the Liberal Federal Government, courtesy of Federal local member Nicolle Flint.

The concept proposed matches the available funding. It does not however meet the club’s preferred outcome.

A second concept provides however for an expanded project should the Club secure extra funding from the State Government. You are free to respond to both options.

Unless then, there is a negative response from the community that influences Council’s commitment to this project, the death trap as I called it way back when will be replaced with a facility that will serve the club well into the future. A facility to mark their centenary.

This would fulfil an election commitment on my part.