Prime Minister Bites the Dust. This won’t happen to your Mayor.

We watched today helplessly as yet another Prime Minister bites the dust. The fourth to get the flick by their colleagues.

As this unfolded over the last few days I could not help but ponder the comparisons between Federal, State and Local Government. More particularly I pondered the status of Prime Ministers and Premiers, as compared with Mayors. 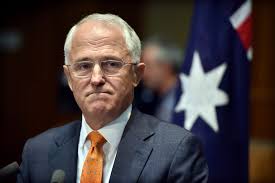 In recent years, after the long reign of John Howard as Prime Minister, we have seen Kevin Rudd elected by the people. We then saw Julia Gillard, followed again by Kevin Rudd elevated to the top spot not by you but by their colleagues in the Labor party.

With an angry electorate we then saw Tony Abbott get the people’s vote only then to see Malcolm Turnbull followed by Scott Morrison get the top job courtesy of “their” Liberal colleagues. You have to wonder how the electorate will view this mob next time they get their chance to have a say?

Just in case you don’t know, it won’t be long before we will be asked to vote in the Local Government elections. Given today’s news we might also be voting soon in the Federal election having done likewise in the State elections earlier this year. Maybe even at the same time.

And as the Prime Minister bites the dust here is my ponderance that prompted this blog post.

That said, unlike in the Federal and State equivalents, you also get to vote separately for your Mayor. And when you do the winner of your vote gets the nod. In the other two forms of government the party that wins the most seats in the lower house elects the leader, be it Prime Minister or Premier. Not you.

And once you have, that person will be your Mayor until you get another say. That is unless they resign as Mayor Clyne did earlier this year or have health issues that prevent staying in the top job. The Mayor’s colleagues do not have a say. Only you.

The other side of the coin however is anyone who does not win the Mayoral contest does not get to sit on Council. The losers of the race for Prime Minister and Premier do. And they do because you don’t get a say.

Yet, with such power in Local Government elections it is strange that only one in three able to cast a vote will.

As they say (and the Prime Minister bites the dust) that’s politics.