To achieve local economic prosperity there is much a Council can do. In my time the City of Unley has always been conscious of being alert to ways it can stimulate economic activity. 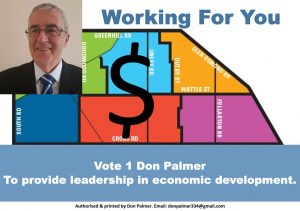 We have done this via a body called the Unley Business and Economic Development committee (UBED). I have been a member of this committee for most of my time on Council. As a member, I am proud of our commitment to our businesses.

This committee has evolved over time, from a committee whose membership was mostly representatives of the various street traders associations and a couple of Councillors. During the life of the current Council the membership grew to include some independents, people with business and economic background but not associated with the traders. The number of councillors also grew. I promoted both of these changes.

The committee was a reactive committee, responding to initiatives considered either by Council or Council’s administration. The independent members of the current committee did however look to bring their own initiatives in a proactive approach. I had been advocating for similar since I joined the committee.

If returned to Council I will look, in seeking increased local economic prosperity, to encourage this committee to evolve even further. I will seek for this committee to become a more proactive committee, with members representing all our businesses. 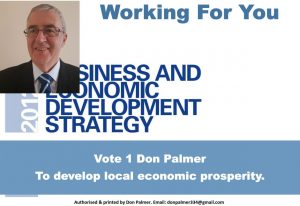 Our business and economic strategy is due for review. As part of the review, we need to recognise that our local economic prosperity goes much further than just assisting our local street trader businesses.

The majority of our businesses are not the shop front businesses of Goodwood, King William and Unley Roads. They are the mum and dad businesses and the start ups operating out of home.

In my opinion, these businesses have been ignored for too long. Ignored simply because we did not know who they were. We now know how we can identify them.

I will be promoting that the UBED committee be a committee only made up of independent members and councillors. A committee looking to promote ways of helping all our businesses. A committee charged with bringing recommendations to Council rather than and in addition to Council bringing ideas to them for their input.

To advance this, it is my intention to seek election by Council as the presiding member of this new community.

With your support I will get this opportunity.