The secret is out. The South Australian Society of Model and Experimental Engineers (SASMEE) is being hindered by its own success.
Formed in 1927 and at its current site since 1947 SASMEE is finding it is gaining favour with young families using the facility as an inexpensive kid’s birthday venue. The venue, situated between the railway line on Cromer Parade and Millswood Crescent at Millswood, is growing in popularity because of the birthday cult.
And this is achieved purely by word of mouth. A volunteer organisation for those with a genuine interest in model engineering they are attracting regularly around 400 people to their “run” days, held once a fortnight. They have been known in recent times to attract up to 700 people, including adults. 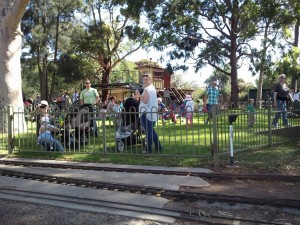 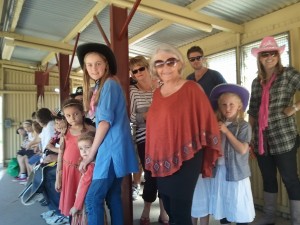 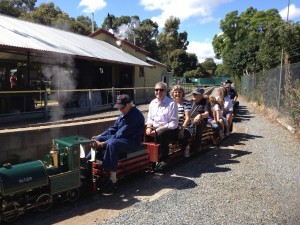 Your local ward councillors at work on a Sunday.
I must say I am impressed at how a group of volunteers can put together a facility with little or no help from others. There are many community groups and sporting bodies that can take a leaf out of their book. Well done guys.
And now for the challenge ahead. How do they grow from here with limited space.