SAYarts taking the initiative after demise of Urban Myth.

After the shock announcement a few months back that Urban Myth was insolvent and would have to cease operations it was great to see a newly formed company called SAYarts step up to the plate to give the kids an opportunity to continue to learn life skills through theatre.

Bec Pannell, who had only just joined Urban Myth when the bad news was announced, jumped to the aid of the kids who felt lost and bewildered when Urban Myth went belly up back in July of this year. She set up with her husband Geoff a new company called South Australian Youth Arts Theatre Company.

Stepping up to the plate with her was Sean Riley, who has taken up the role of Artistic Director with the new company, along with a team of volunteers hell bent on rescuing these kids from the despair they suffered when Urban Myth fell

With some hard work by this very special group of people we see the kids now have a future after it looked quite bleak. They secured a place to conduct their workshops for this last term of 2014 at the now vacant old school of St Augustine’s Anglican Church on the corner of Unley Road and Edmund Avenue, Unley. This has enabled them to complete this year’s program.

Long time supporter, the City of Unley, worked hard to see if they could find a venue for them but before they could come up with a collection of venues around the City which would have been logistically difficult St Augustine’s provided an opportunity for at the very least a temporary home.

And that is what community is all about! 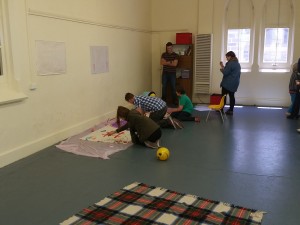 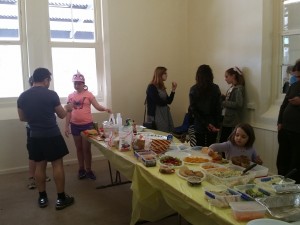 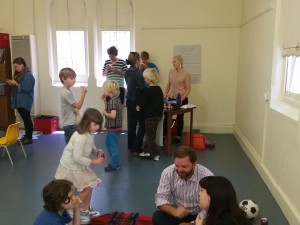 Bec Pannell announced their 2015 program last Sunday at a BBQ at St Augustine’s. They are hopeful that they will be able to secure a long term occupancy of the St Augustine’s old school building. Negotiations continue positively at the time of writing of this blog post.

It would be fantastic for SAYarts if they could secure a long term occupation of this site as it brings them back to what I suggest is their spiritual home, Edmund Avenue and the nearby Village Green.

Their predecessor Urban Myth occupied the end cottage of the Village Green, on Edmund Avenue for over 30 years before moving to the Goodwood Institute 2 years ago.