The make-up of the new Unley Council is going to be totally different to recent councils. It will be just that, a new Council. It will have new faces and new ideas. We will see greater representation from both a gender and age perspective. 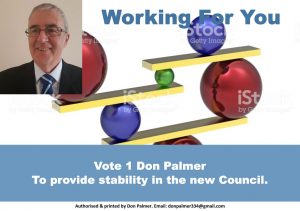 Change is great. Change should be welcomed. Significant change however, which we will be experiencing, needs stability and local leadership.

As I have indicated a few times recently I expect there to be at least 5 females on the new council.

Looking at candidates attending recent Council meetings I would assess the majority of the candidates to be much younger than the current council. It is not unreasonable therefore to expect the next council to be a much younger council.

The current council had but one member (at age 30’ish) under the age of 50. It had three over the age of 80’ish. The median age of the next council is quite likely to be in the region of 50, with a handful over this age and a handful under this age.

The bottom line is the new council is going to be much different than the outgoing council. Not only will there be at least 5 changes, the changes will create a far greater degree of diversity.

With such change happening automatically, I believe it is important that we do not lose the corporate knowledge and the experience of the previous council. To that end it is desirable to re-elect members such as myself to ensure some stability and local leadership in the new council.

It is not that long ago that I joined council. I remember my introduction into Council was the biggest learning curve I have experienced in my life. It took some time to acclimatise into the Council structure and ethos.

The new members of the next council will surely find similarly. They will need time to collectively and individually acclimatise to the structure and ethos of Council. While they are, those with knowledge and experience will be needed to guide the newbies through the transition phase.

An exciting prospect to be sure.

A prospect I relish as we transition to a new generation. Hopefully you will place on me the responsibility of providing stability and local leadership to the new brigade.