Stalemate on Brownhill Creek at Unley

After a marathon session at the Unley Civic Centre Centre last night the news is we have a stalemate on Brownhill Creek. That’s at Unley that is.

Last nights Council meeting in front of a packed gallery too small to accommodate the interested public was reminiscent of the 1966 SANFL Grand Final Adelaide Oval. With the crowd spilling out into the bleeches that is. Certainly not in result however.

On that day the locals (Sturt) defeated Port 16.16 to 8.8, an emphatic defeat. Last night it was a stalemate, no result; a bit like that nasty feeling experienced when there is a draw in the great Aussie game of footy. 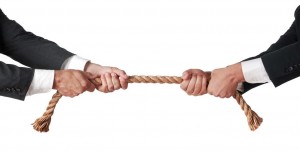 As we sat to deliberate last night nothing had changed for me. There was  no further information to allow me to decide. So I went to the meeting (with apologies to everyone for my incessant coughing on the night as I recover from the Flu) expecting to vote no to either option.

Curiously this reflects the finally tuned balance in the Unley Council with both options being voted down 6 to 5.

What I did do on the night was follow the lead of Cr Anthony Lapidge who moved an amendment to the motion supporting Option D. Cr Lapidge had recognised that it does not matter what Unley Council says or does on this issue, Option D WILL be the option adopted going forward. He has correctly identified that if we don’t have a motion acceptable to the State Government and the SMA not only will Option D proceed but potentially we wont be part of the solution going forward. And our residents may get lost in the system.

His amendment addressed what I see as the major concerns of the landowners fearful of Option D and what it might mean to their property. I saw this as maybe the best opportunity Unley Council may have had to help these people get the best deal out of the inevitability that is Option D.

Appears it is now set up for a Grand Final replay, unless the SMA simply says to Unley…..had your chance…..on your bike.