The Millswood Croquet Club is a Federal Election Winner. A special visitor was welcomed this morning at the club. 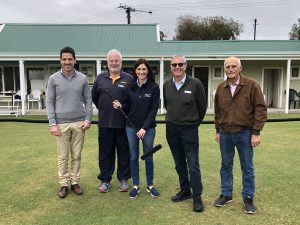 This announcement makes me feel proud. To hear that I have influenced one of the major candidates to commit to grant funding to the redevelopment of the Millswood Croquet Club club rooms if elected is encouraging.

It is a great feeling to see that your efforts in advocating for your local community brings results. This means I have now been able to successfully advocate for my local community, at both the State and now the Federal levels of Government. I therefore feel like a Federal Election Winner

I achieved this of course once before. That is when I lobbied State Labor member Jayne Stinson to provide grant moneys for the Goodwood Oval Clubroom redevelopment. To do so again, this time at Federal level, is certainly gratifying.

If the Morrison Liberal Government and Nicolle Flint are returned, the Millswood Croquet Club will be a Federal Election Winner.

A re-elected Morrison Government will provide $250,000 to deliver upgraded facilities at
the Millswood Croquet Club.

Nicolle Flint said providing facilities to support local clubs and community groups was a key
priority for the Liberal and Nationals because of the significant benefits to the broader
community.

“The Millswood Croquet Club is a wonderful local Club where members of our community
can come to socialise and stay active, which we know is critical for healthy ageing.”
“I am so proud to support grassroots sport and community upgrades like this one”.
Federal funding for the Millswood Croquet Club upgrade is only possible because of the
Morrison Government’s plan for a stronger economy.

“Only the Liberals and Nationals have a proven track record when it comes to managing the
Budget,” Ms Flint said.

“By paying down debt and growing the economy, we can afford to deliver funding for
priorities in local communities such as upgrading the facilities at Millswood Croquet Club.

“This is all at risk under Labor and Bill Shorten who pose the greatest risk to Australia’s
economy in a generation with plans for $387 billion in new taxes on small and family
businesses, retirees, housing, income, investments, electricity and cars”.

Residents of the Clarence Park ward of the City of Unley have been invited to the Local Listening Post convened by the current sitting member for your new Federal Seat.

As long as I have been one of your two local council representatives our Federal member Kate Ellis has held Street Meetings. At the next Federal election we will be voting in the seat of Boothby and not the seat of Adelaide.

Nicole Flint is the sitting member for Boothby and she will be conducting two (what she calls) local listening posts. They will be held next Sunday afternoon as follows:

As was the case with Kate’s session, Nicolle has indicated she would like to hear your views on local issues. 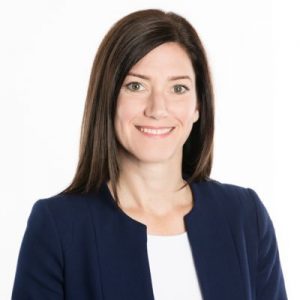 I encourage you take up that opportunity to come along.  Com along and meet her.

Tell her of your concerns or wishes Federally. One topic could be the diversion of the freight train as I identified in my blog post of October 4 last.

You can reinforce what I have already indicated to her. This includes that our concerns are not so much the economic benefit to South Australia but dealing with the following:

I will attend both meetings, as I used to with Kate’s street meetings to co-ordinate local government issues.