Unley under attack is the consistent image out there right now, ever since the the clock turned over to 2016 and for a myriad of reasons.

While we believe we have been working hard to improve the community of Unley others have not seen it this way. They have found reason to attack us it seems daily in the first two months of the year. The attacks have been continuous with little time to come up for air before copping another salvo.

It all started at the arrival of the new year. This was when Eastern Courier Columnist Andrew Faulkner denigrating council over it’s allocating  $2.0 m under “general” in its accounts.  This article insinuated impropriety on our part. My blog of 21 January hopefully put it into context. Abiding by the legislation that governs us has made us to look like we are guilty of something sinister. 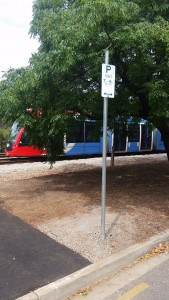 This was followed with criticism by the Minister for Transport. While were looking after our rate payers, he has us as being greedy by fleecing and discouraging public transport use against his governments policies.

My blog of 26 February responded to the messages out there at the time. Curiously his diatribe about going behind his back seems focused on only one street. The other street in our trial IS fortunately on council land I am assured and he has not commented on this street.

With little time to breath we then saw local state MP for Unley David Pisoni criticising our 2nd generation tree policy. This is currently out for public consultation. His observations, welcomed as part of the consultation, but which were made in public indicate we are going to decimate our tree population. This is curious as the intent of the policy is to ensure we protect our tree assets by having a targeted replacement program over time rather than wait and find we have to replace most of our trees in a short time frame because they have come to the end of their life around the same time.

Then to finish it off (I hope) West Torrens Mayor John Trainer (a resident of Unley) purportedly has spoken with us about a concern he has with sight lines at one of our intersections (one I suspect he uses regularly) which I am sure we will investigate. It becomes a public claim however (don’t know how) keeping the media pressure on Unley.

Of course in the background to all this and which all this feeds into is the ongoing murmurings of those who would see Local Government removed in favour of the State Government looking after local matters such as which street should be upgraded and which park should have improvements. In my opinion and irrespective of how it may have been reported we are seeing why Local Government should stay.

Can you surely expect the State Government to be as interested as we are in the local community. I think not.