The community of the Unley believes their villain Council has let them down. For not having listened to them. 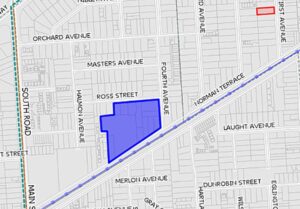 A decision made despite 302 submissions by ratepayers against a Development Plan Amendment.

The current Minister of Planning has approved our recommendation. This, only after Planning SA begrudgingly accepted our arguments for the parameters we set. I say begrudgingly deliberately.

The Department wanted a 45-degree interface with the surrounding residential zones, resulting in a minimum of a 5-storey development, with 3 stories along the residential streets of Ross Avenue and Fourth Avenue.

They wanted no tree planting and 7% soft planting zone.

This, all in accordance with the State’s planning policy. A policy created under the previous Labor Government and adopted by the current Liberal Government. I firmly believe that either of the previous two Planning Ministers would likely have held out for that result. 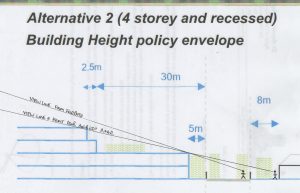 Council recommended and promoted a 30-degree interface resulting in a 4-storey maximum limit and maintaining the current limit of 2 stories around the perimeter. Our decision included 15% deep soil zone capable of supporting tree canopy cover.

The Council did not have to do this. We could have sat back and allowed Life Care to deal directly with the Government. Had that occurred I am convinced of two things.

Firstly, Council would not have been able to contribute. Secondly, I have no doubt the rezoning would have resulted in a way worse situation. A rezoning of at least what the Department argued before accepting Council’s arguments. Possibly even worse.

So, is it fair to cast the City of Unley as a villain Council? Or should the same people praise us for coming up with a development zone that we believe will work well?

Until any resulting redevelopment is complete, this question cannot truly be answered.