Ward Changes to impact on next Council Election Following on from yesterday’s post about the 2014 Council Elections I thought it was timely to remind you of changes to the structure of Council with the upcoming election.

There will be some changes in the geographical boundaries of the wards. Clarence Park’s borders however will remain unchanged. The Clarence Park map is shown below. If you would like to see what the new boundaries of the other wards will be visit the Unley website page
http://www.unley.sa.gov.au/page.aspx?u=1238 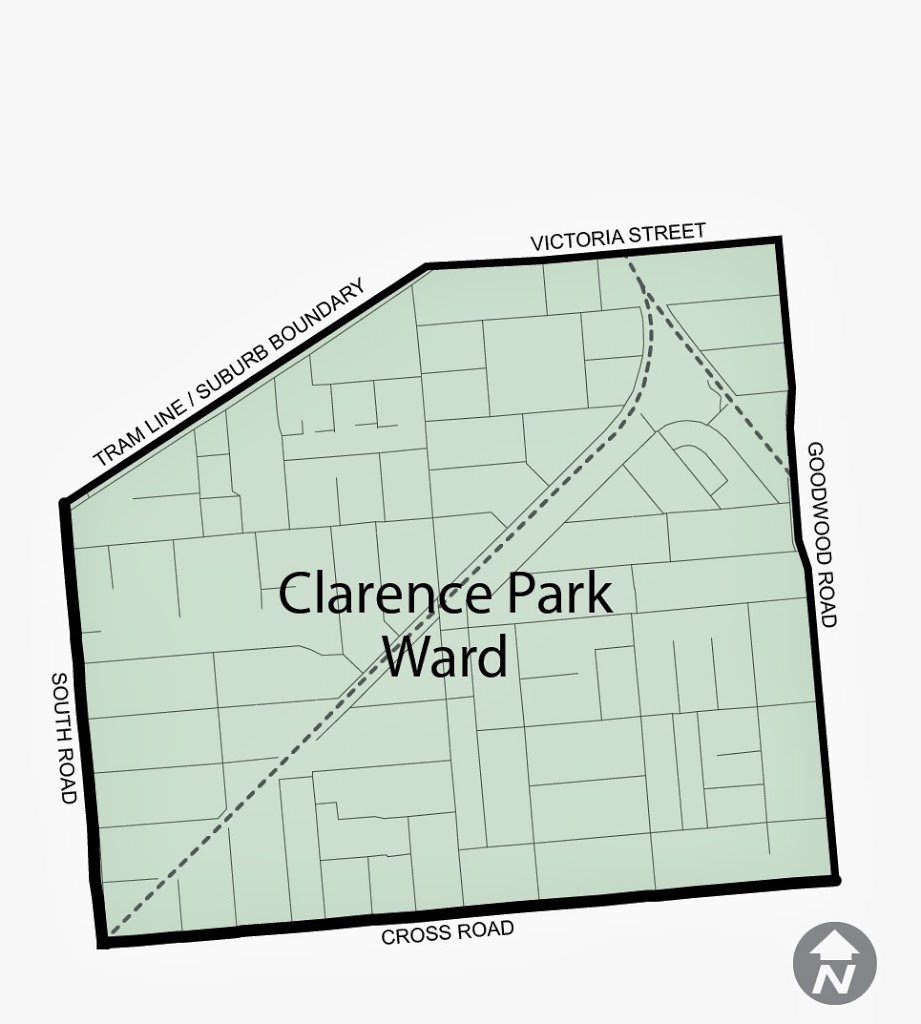